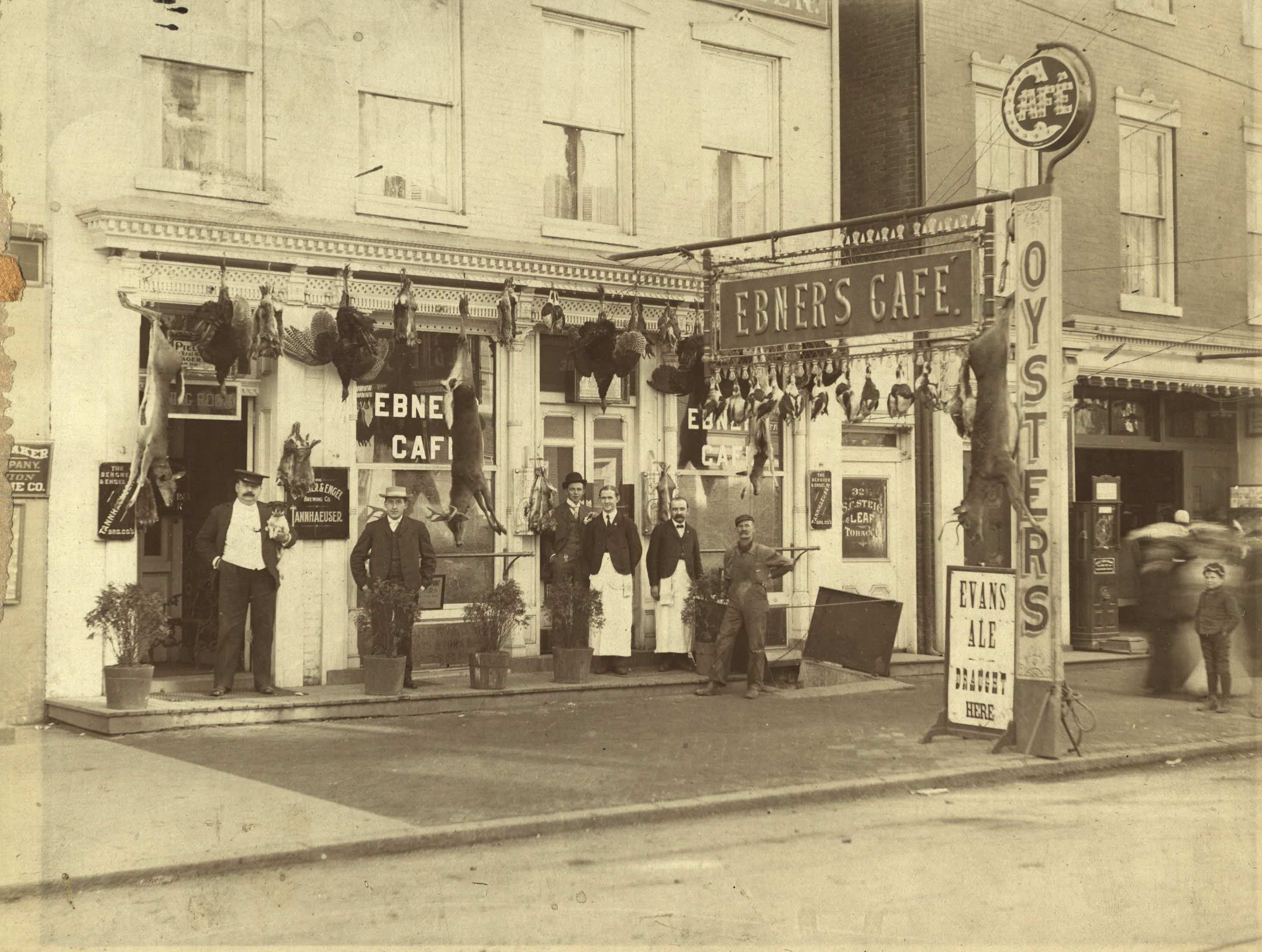 While you’re out this Friday, October 7th for Downtown York’s First Friday, stop in for Tales & Ales at the Colonial Complex, featuring tasty brews, intriguing stories, and local music. Ale will be provided by Liquid Hero, one of York County’s premier breweries and a long-time supporter of the History Center (muchos gracias, guys!). Museum staff and volunteers will be on hand to bring you stories of the Golden Plough Tavern, General Gates House and Colonial Courthouse – it’ll be up to you to decide which are fact, and which are fiction! While there, enjoy the melodic strains of The Wild Hymns, featuring our very own Jeff Hewitt, one of the region’s most talented guitarists.

Following Dr. Doutrich’s talk, head on down to our Agricultural and Industrial Museum to check out a six-foot tall cardboard reconstruction of York’s cityscape, designed by local artist David Lynch. Lynch’s art installation is part of York’s second annual participation in the Global Cardboard Challenge , themed “We Can Build This City” for 2016. This year’s project is also a special commemoration of the 275th anniversary of the founding of York City. Plenty of art supplies will be available so visitors can help complete construction of the York City of our dreams. Each year’s Global Cardboard Challenge is designed to inspire creativity and imagination in children of all ages, so bring your little ones (and big ones!) to check out this unique art exhibit! If the installation gets you wondering about York’s history, be sure to check out our special time-line style exhibit on York’s history at the Historical Society Museum, chock-full of images of York past and present.

The official public unveiling of the We Can Build This City exhibit will take place during our very own History on the Half Shell, formerly the Oyster Festival, which is right around the corner on Sunday, October 16th from 11am-4pm at the Agriculture and Industrial Museum. No tickets required – simply come on down to get oysters nude, stewed and fried, sold ala carte. History on the Half features other seafood if oysters aren’t your style, as well as plenty of terrestrial treats for the die-hard carnivores. Beer, wine and soft drinks are on hand to help you wash it all down. Don’t forget to top off your meal with our famous apple fritters, lovingly prepared by our very own History Center staff and the fantastic chefs at the Blue Moon Café.  The Friends of the York County History Center will once again have a huge spread of homemade cakes, pies and other goodies to choose from, so be sure to take a treat or two home with you!

But History on the Half Shell isn’t just about the food. Several local artisans join us each year to show us how they make their crafts, so watch, discuss and learn while you dine. We also have storytellers, dancers, musicians and other folks providing entertainment for all ages throughout the day. Plus, the Coastal Conservation Association joins us again this year to explain the vital ecological role oysters play in cleaning the water of the Chesapeake Bay. All discarded oyster shells from the day’s event will be recycled by the CCA, helping to build new oyster reefs in the Bay.

How do history and oysters intersect in York County’s history? These tasty mollusks have been a highly sought-after delicacy since colonial times, so much so that practically every archaeological dig in the county has turned up at least a couple oyster shells, and many have unearthed huge caches of discarded shells where oysters were downed on a regular basis, such as the Golden Plough Tavern. Early English and Scotch-Irish settlers brought with them a strong appetite for seafood, which was readily available in the island nation, and early German settlers quickly caught the craze too. When wagons filled with barrels of local products like whiskey, brandy and salt pork went to Baltimore, those barrels often returned filled with oysters. History is at its best when it’s something we can feast on, so be sure to bring the whole family out to History on the Half Shell for a day full of eats and arts!