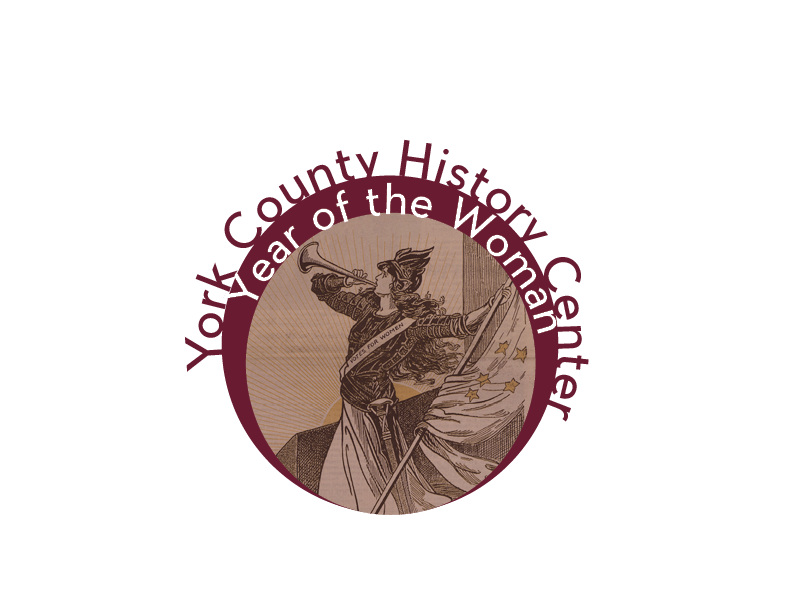 Through our programming, exhibitions, and publications in 2020, the History Center will be exploring two pivotal moments in American history as we bring a copy of the Emancipation Proclamation to York in conjunction with a Juneteenth celebration and as we examine some of York’s female history-makers in celebration of the centennial of the 19th Amendment. While these milestones mark important accomplishments in moving towards a more equitable society, doing so also means confronting the negative realities and aftermaths of both turning points, how they affected history, and how they inform the discussions and challenges we still face on a local and national level today.

A good starting point for this discussion is with the story lines many of us might already know – that President Lincoln’s Emancipation Proclamation declared on January 1, 1863 that all enslaved persons “are, and henceforth shall be free,” that Juneteenth celebrations mark the day when slavery was finally abolished in the South on June 19, 1865, and that the 19th amendment, which passed on August 18, 1920, barred states from denying voting rights based on gender and ended the struggle for women’s suffrage that began in 1848. But in reflecting on these milestones of American history, we must also acknowledge the difficult truth that racial injustice played an undeniably central role in both the aftermath of the Emancipation Proclamation and in the greater history of the Women’s Suffrage movement.

In the years directly following the Emancipation Proclamation and the end of the Civil War, three amendments were passed – the 13th amendment which abolished slavery, the 14th which gave African-Americans citizenship rights, and the 15th which outlawed discrimination in voting rights based on race, color, or previous condition of servitude. With these three steps forward as a nation, it looked as if progress was being made towards establishing a more equitable society for all Americans. But the reality of these amendments was that they triggered a backlash of discrimination in the form of Jim Crow laws, poll taxes, literacy tests, and out-right violence that kept African Americans from voting for decades. It wouldn’t be until the Voting Rights Act of 1965 that state or local laws that created barriers to African American’s ability to vote would be outlawed and African Americans would finally have true legal means to challenge the restrictions they faced.

The Woman’s Suffrage Movement also had a part to play in this story that is seldom told when we think back on the accomplishments of the suffragettes. The reality is that, while working tirelessly to have women gain the right to vote, its most prominent leaders – Elizabeth Caty Stanton and Susan B. Anthony – openly opposed the 15th Amendment of 1870. Both strongly felt that allowing African American men the right to vote before women was degrading to white women and took away from their cause. While the eventual passage of the 19th Amendment 50 years later would be a step forward against gender discrimination in voting, at the same time it did not address racial discrimination or the injustices African Americans, and in particular African American women, faced. At polling stations across the country, black women – unlike their white counterparts – would be unable to separate their gender from their race and the discrimination they faced because of it.

So what do we do with this information? How does a new perception of an event or a historical figure challenge our understanding of history and our own beliefs? In seeking new knowledge and experiences (what museum-goers do every day), we will undoubtably encounter information that contradicts our understanding or that even makes us uncomfortable or ashamed, and that’s ok. Confronting and working through these realizations is both how we grow as individuals and as parts of an ever evolving and advancing society. Our role is to help visitors work through new knowledge in a space where it is safe to ask questions, to reflect, and to examine our own beliefs. The past inextricably effects our present – it is how we got to this place, why we are the way we are, and why we are still facing challenges in regards to racial and gender equality.

As storytellers, we commit ourselves to providing our visitors with opportunities to reflect and reconsider, to broaden their horizons, and to better understand the complexities of our shared history and our evolving understanding of this history. This also means dedicating ourselves to telling the bad alongside the good, to uncovering untold stories, and to facing the reality that too often our history-makers have been portrayed only as heroes and not as the complex and flawed people they actually were. We hope you’ll join us in this exciting coming year as we reflect and explore York County’s connections to these pivotal moments in American history through our programming, exhibitions, and publications.