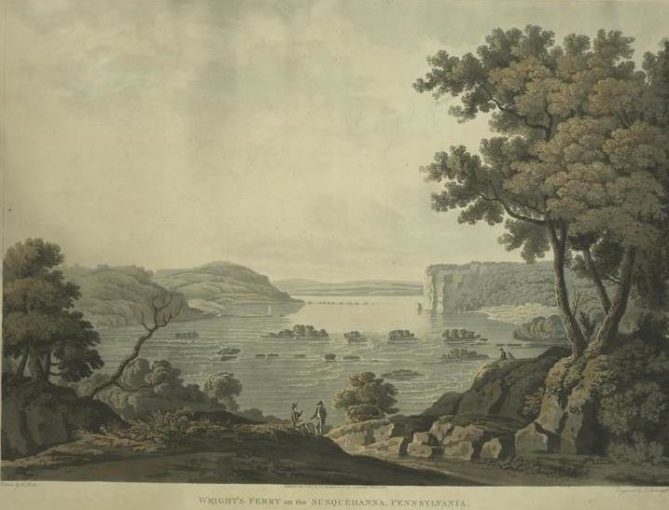 Shedding Light into the Darkness: the Underground Railroad

The York County History Center will host a two day event delving into the topic of the Underground Railroad.  On April 1, 2017 six experts will talk about  Underground Railroad activities in select areas of the south central Pennsylvania/northern Maryland region. This symposium offers a great opportunity to learn about the freedom seekers’ journey north and how they received support that reached beyond county lines, state boundaries and physical features like rivers and mountains.

But how many understand what the term Underground Railroad means? The National Park Service says that the Underground Railroad was neither “underground” nor a “railroad” but a loose network of aid and assistance given by antislavery sympathizers and freed blacks across the country. York County is an exception, as it is reported that William C. Goodridge, a free black businessman in York, owned a rail line where he may have hidden slaves and transported them across the Susquehanna River into Columbia.

Some will suggest that the term Underground Railroad is better recognized in 2017 that it would have been during the time of its activity. But why? One must remember that aiding freedom seekers in their escape from slavery was against the law. If caught, those assisting could be subject to six months’ imprisonment and a $1,000 fine and just speaking of it could imply knowledge and perhaps involvement.

But what is the term’s origin? Just do a Google search and review the numerous answers. One legend states that it surfaced following an incident in Ripley Ohio with a runaway slave named Tice Davids.   Locally, two Pennsylvania counties, York and Lancaster, have tried to stake their claim as the location where the phrase was first used.

Most credit the initial appearance in a Washington abolitionist newspaper in 1839 that quoted a young slave who hoped to escape bondage via a railroad and “went underground all the way to Boston.”  This was at the end of a decade when railroad construction had exploded. Frederick Douglass, an African American abolitionist, writer, and statesman, used the term in his 1845 autobiography, saying that indiscreet abolitionists were turning it into “an upperground railroad.” Harriet Beecher Stowe used the following in her 1852 Uncle Tom’s Cabin, “till the gal’s been carried on the underground line.”

But was this a term that most people prior to the Civil War would recognize? Even if they heard it, would they understand what it referred to? Perhaps Symposium panelists will address this fascinating question. More information on Paths to Freedom.