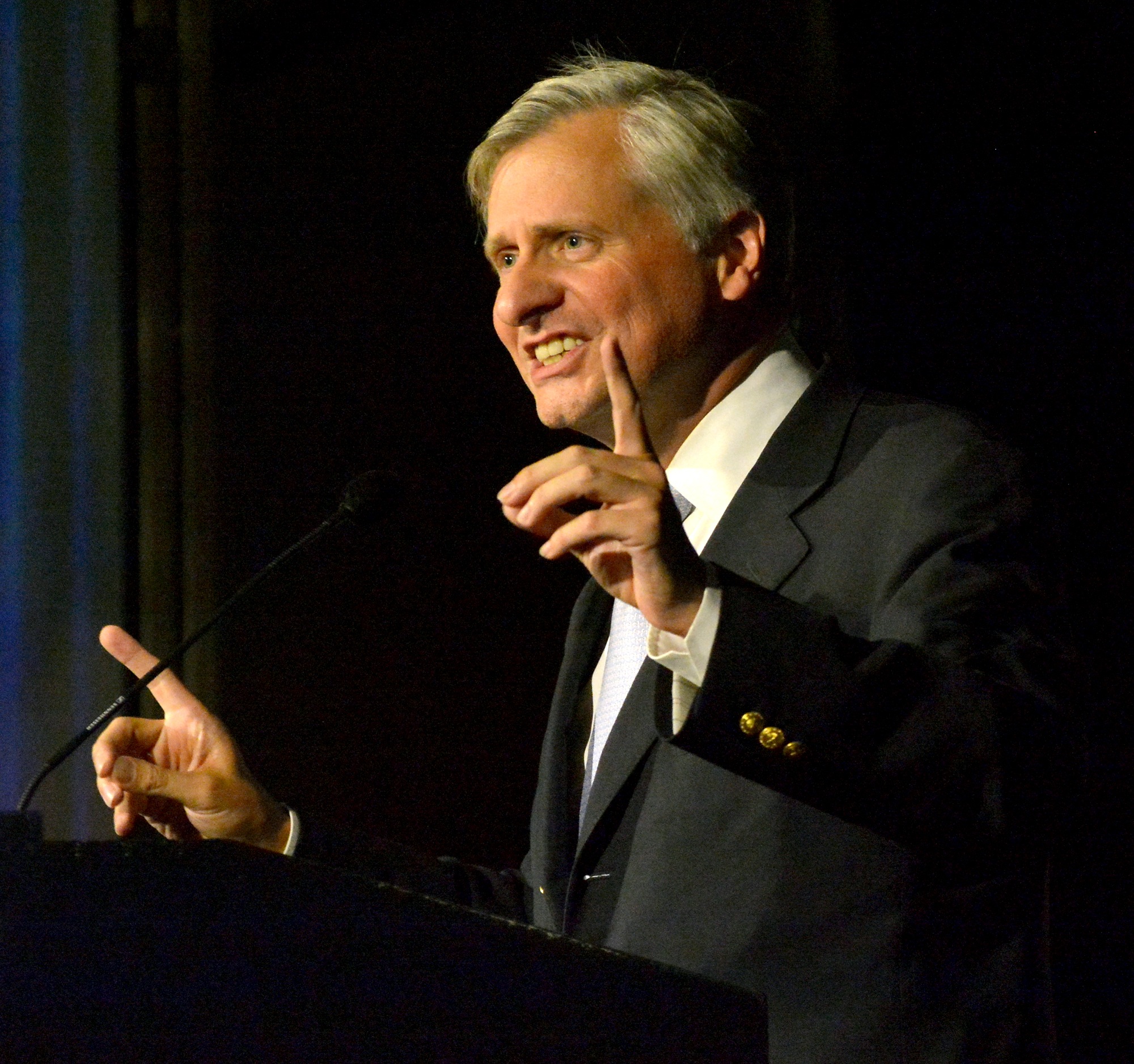 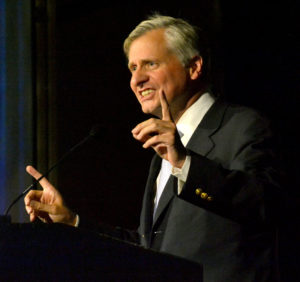 It was an unexpected vibe that permeated the air as Yorkers left the Wyndham banquet hall this past Thursday.  That feeling, that spirit, was not what many of us walked in with a few hours previously.  It’s always good to gather with folks who care about history and the York County History Center, to be sure; but there was a certain weariness that came through the doors for the Distinguished Speakers Dinner.  There was certainly an air of anticipation among many.  Jon Meacham was known to the audience.  Presidential biographer and historian, morning talk show pundit, publishing house executive, journalist – different people each knew something of Meacham coming in.

What we left with, however, was more than a satisfying experience with an articulate and witty speaker.  We left with something that seems to have been lacking in these hectic and angry months prior to the 2016 National Election.  Jon Meacham reminded us of what America is capable of, and that in spite of the rancor surrounding us right now, Americans have strong and deep beliefs in the worth and nobility of “the people.”

Meacham gave us three virtues that he felt we need to re-cultivate into the American psyche of leadership and followership, each illustrated by a story from three different Presidents. He described empathy with the decision by George H. W. Bush to play down the fall of the Berlin Wall, recognizing that to jubilantly proclaim a victory over a teetering Soviet bloc would make the efforts of Mikhail Gorbachev to lead a peaceful transition away from Communism difficult at best, impossible at worst.  Bush knew how he would feel if the situation had been reversed.

Meacham told the story of Franklin Roosevelt in the dark moments after he was informed of the Pearl Harbor disaster. In a few silent minutes of reflection, FDR recognized that he should only address the Japanese attack and not mention Germany.  He concluded that Hitler would not be able to restrain himself from entering into war against the United States, and that Roosevelt would not have to stretch the anger of America to include Germany – Hitler would bring that upon himself.  In this, Meacham concluded that thoughtful reflection and maintaining a sense of proportion were vital to leadership.

In what he described as a very difficult value for modern politicians, Meacham called for the ability to admit mistakes and learn from them. He recalled how John F. Kennedy, deeply dismayed by the Bay of Pigs debacle, sought out his predecessor, Dwight D. Eisenhower, and asked for his counsel on what he did wrong in the run up to the invasion.  Ike’s counsel led for a much different approach, and a much different outcome, a year later during the Cuban Missile Crisis.

These three calls to more insightful and wise behaviors were not simply to candidates, but to citizens. The 18th century French philosopher Joseph de Maistre wrote that, “every country gets the government it deserves.” Many might see such an idea as particularly telling in this election cycle – we must not simply expect miracles from leaders who make promises in exchange for a vote.  We must up our national game and become more engaged.  And, yes, each of us must be more willing to listen, to think more deeply, to hear what the other guy is trying to say. We must give the people around us, especially our opponents and those with whom we disagree, the space to walk back comments that seem hateful, harsh or judgmental in the many moments of raised blood pressure we have experienced this past year.  Although he did not use these words, Meacham was calling America to exercise grace and forgiveness.

Bryan Stevenson’s painful yet inspiring book, Just Mercy, contains this thought: “We have a choice. We can embrace our humanness, which means embracing our broken natures and the compassion that remains our best hope for healing. Or we can deny our brokenness, forswear compassion, and, as a result, deny our humanity.”

On Thursday night, Jon Meacham’s audience left with a profound sense of possibility and a renewed sense that America, whatever its past mistakes and present conundrums, has a great wealth of good to give the world. We went into the night, certain that the experiences of our history can help us discern brighter and more hopeful paths ahead.

“We are not enemies, but friends. We must not be enemies. Though passion may have strained, it must not break our bonds of affection. The mystic chords of memory will swell when again touched, as surely they will be, by the better angels of our nature.”