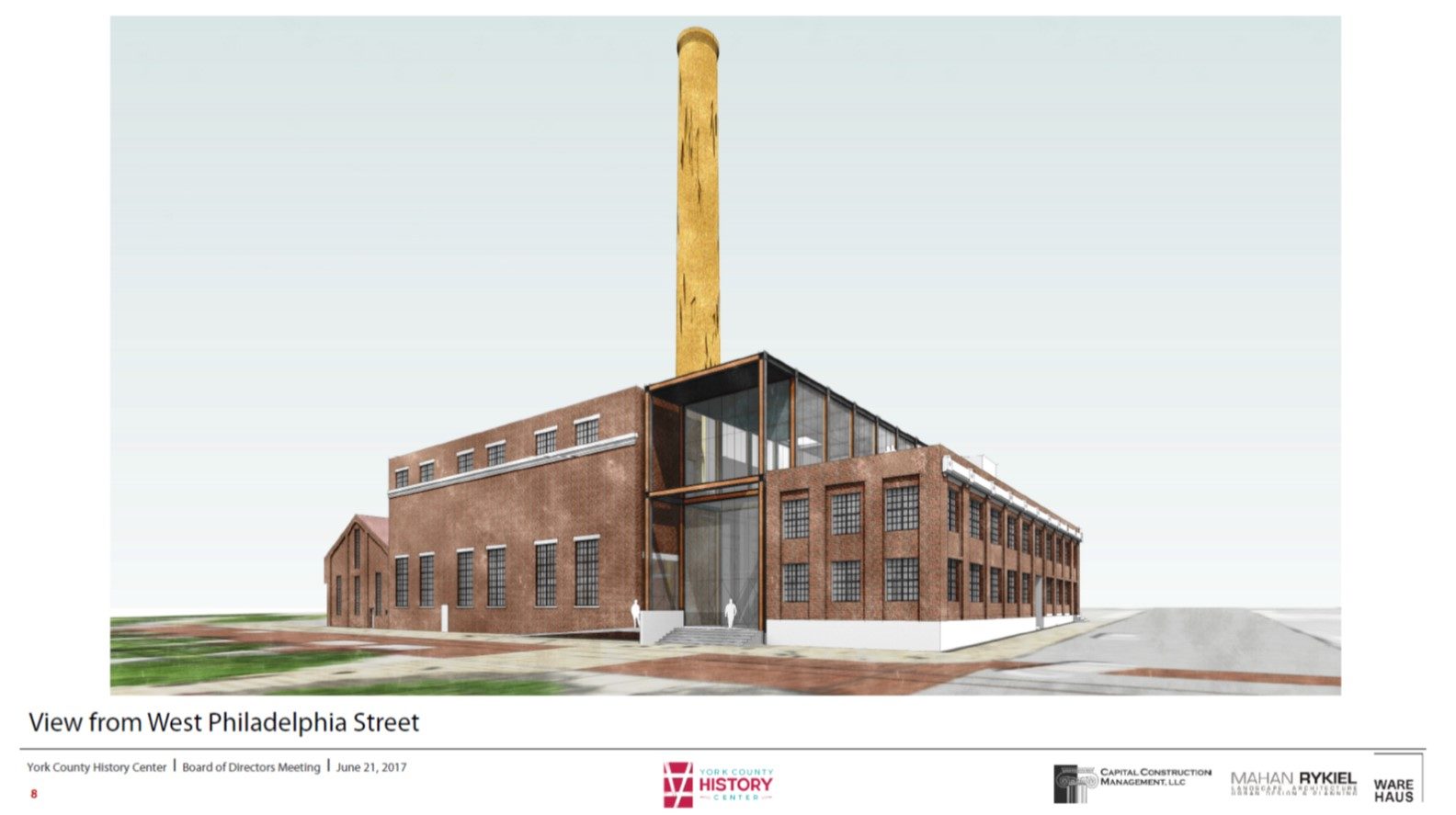 Will the New History Center be Impacted by Flooding?

Question: The new York County History Center will be located pretty close to the Codorus Creek; what potential flood impacts could we expect?

Answer: In 1972, during Tropical Storm Agnes, the York area had about 15” of rain over a two day period. This rain event caused localized flooding and caused the Codorus Creek in downtown York to go from an average flow of 220 CFS (or 142 million gallons per day), to a flow of 30,000 CFS, or almost 20 BILLION gallons per day! The flood of August 23, 1933 was even worse, and is estimated at 32,000 CFS. Since the 1933 flood, the U.S. Army Corps of Engineers built York’s flood control project which included the Indian Rock Dam (completed in 1942) and the construction of the flood control levees and channel modifications through downtown York and six storm water pump stations completed in 1980.

The levee improvements are designed to allow a 24,000 CFS flood event pass through the city without overtopping and flooding our downtown. A 24,000 CFS flood is currently considered about a “200 year Flood Event” on the Codorus.  A flood with a 200-year recurrence interval would have 1 chance in 200, or a 0.5-percent chance, of being exceeded in any given year. Some climate change research indicates that our area may, over time, be at risk of more intense rainfall events, which could cause increased flooding. The largest flood of record, 32,000 CFS in 1933, is currently considered a “500-year flood event.”

So, the chance of a Codorus Creek flood getting into the new History Center is expected to be very remote. Of course, you should never say never, and there will likely be ample warning to move any exhibits to the 2nd level that could be damaged by a couple inches of water on the 1st level. Also, due to geography, any floods on the Codorus Creek typically last less than a day before they recede, which would allow for a quick return to business after any flood event.

Jeff Hines, P.E., is President and CEO of The York Water Company and a licensed Water Resources Engineer