The Story of Monroe S. Lease 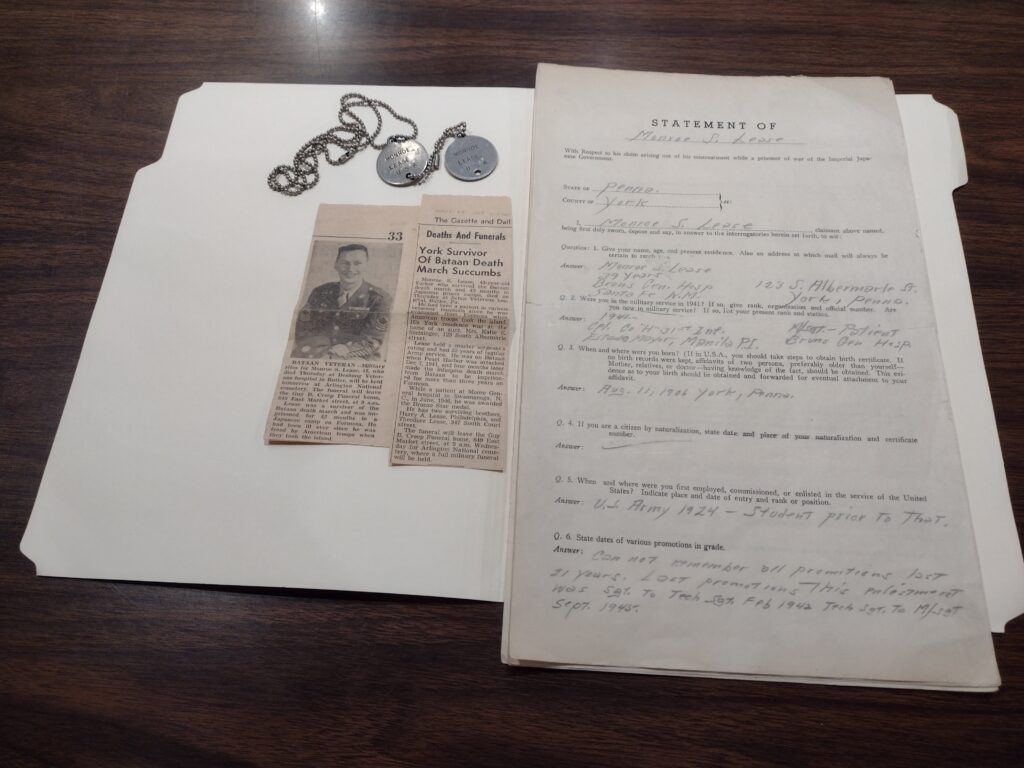 The attack on Pearl Harbor eighty years ago awakened a sleeping giant and led to the 1945 Allied defeat of militarist Japan, as well as racist authoritarian Nazi Germany and Fascist Italy. But 1941-42 was a tough year for Americans serving abroad, including Monroe S. Lease (1906-1950) of York. Lease entered the regular Army in 1924 and was stationed in the Philippines when the Japanese invaded. He became a POW and endured the horrific Bataan Death March as well as years of Japanese captivity in Formosa (Taiwan). Recently, the YCHC Library & Archives gratefully received his papers and dog tags from his relatives (he had no descendants). Lease returned home to York after the war, in and out of treatment at VA hospitals. He never did recover from the brutality he suffered. Lease’s story is a poignant reminder of the sacrifice and patriotism of our prisoners of war.

More details of Lease’s story are forthcoming as we analyze the documents received.