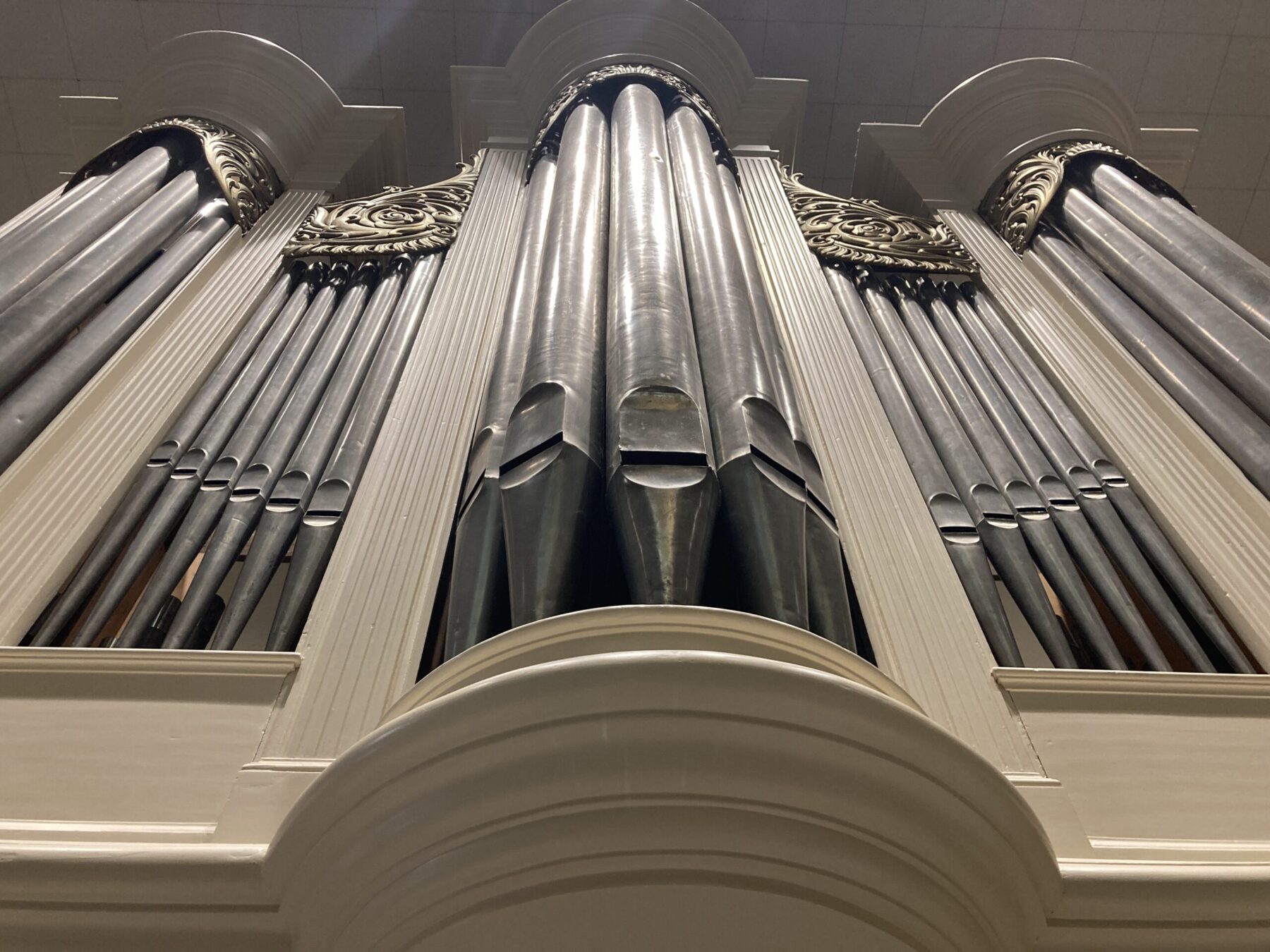 Harold Ulmer could not hide his excitement at this day finally arriving. Harold works for Brunner and Associates, which describes itself as a full-service pipe organ restoration and service company. The company is based in West Hempfield Township, Lancaster County, not far from Mountville.

The team from Brunner arrived Monday for their first day of what the museum business calls deinstallation work. They’ll be taking it apart, pedal by pedal and pipe by pipe, packing it up oh so carefully and trucking it back to their Lancaster operation.

“This is the Holy Grail of pipe organs,” Ulmer said, as he prepared to take his first batch of photos.

What makes our Tannenberg so special?

June Lloyd, longtime Heritage Trust librarian and now Librarian Emerita for the History Center, wrote a history of the Tannenberg back in 2009. The organ was first built by Lancaster County organ maker David Tannenberg in 1804 for Christ Lutheran Church. The church used it continuously for nearly 100 years, until 1893, when it purchased a new, larger organ. In 1945, Christ Lutheran donated the Tannenberg to the Historical Society of  York County, now the History Center, and it was reconstructed and installed in what was then the Historical Society’s new building at 250 E. Market St. (it’s now our headquarters).

Here’s an excerpt from June’s article:

York originally had four Tannenberg organs. The first, a chapel organ for the York Moravian congregation, was completed in 1765 or 1768. In 1780 Tannenberg came here “from Lititz to set up a beautiful new organ for Mr. Fischer….” That customer was probably clockmaker and painter John Fischer, whose February 1809 estate inventory includes “one chamber organ.”
Lititz and York Moravian congregation diaries say Tannenberg was also in York during August and September of 1784 to install an organ in the German Reformed church.
Of these four, only his last organ, the 1804 Christ Lutheran instrument, still exists.

You can read more about the history of the organ and about David Tannenberg in June’s account here.

This last of the York Tannenberg organs was housed on the second floor of the Historical Society for many years before moving to its present first floor location in the main hall, June wrote. Over the years, the History Center has hosted dozens of free public concerts featuring performances by some of the region’s finest organists. Those events made the Tannenberg one of the best known and most accessible of any of the artifacts in our collection.

We hosted our last organ concert before the deinstallation back in December. To add a bit of drama to the start of work Monday, Phil Cooper from Brunner played a short snippet of music. After the restoration work is finished, the Tannenberg will be packed up, trucked back to York and re-installed in its new home in the History Center’s new museum at the site of the former Met-Ed steam plant on Philadelphia Street.