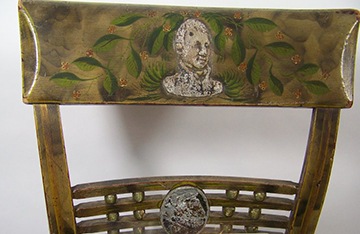 France and an Amazing Alliance

On May 4, 1778, Martin Breneise rang the bell at York’s Court House to signal to the delegates of the Continental Congress that something extremely important had happened. Breneise had news that Benjamin Franklin, Silas Deane and Arthur Lee had been successful in gaining France’s official support of the American Revolution on February 6, 1778 with the signing of two treaties.  Until that moment, the Patriots had been fighting on their own with only covert support from France.

The auspicious treaties that changed the course of history were the Treaty of Alliance and the Treaty of Amity and Commerce. The latter treaty was especially important because it recognized the United States as an independent nation. With this acknowledgment, France legitimized the fledgling nation’s independence in the eyes of the world and drew some of England’s ire.

In the words of George Washington, we owed France “the most unalterable gratitude” for their support. During the infancy of the American Revolution, the French did not openly support the patriots because their own military had yet to be built back up. They had suffered greatly as a result of the Seven Years War (French and Indian War) and the Treaty of Paris of 1763. Politically, the French government wanted revenge on England for its losses.

French Foreign Minister Comte de Vergennes understood the political alliances of Europe and the issues faced by the countries that surrounded France. Vergennes knew that supporting the colonists at the beginning of their bid for independence would not be in the best interests of France. However, he knew that if the colonists were successful, England would be dealt a defeat  and France would regain the affluent position she held prior to the Seven Years War. Therefore, in order to help the patriots, Vergennes authorized a secret loan of 1,000,000 livres and necessary supplies. Some of the supplies were paid for on a barter system. American tobacco, wheat and rice were high value products in Europe so Vergennes and the playwright Beaumarchais utilized Hortalez and Company to exchange goods with the colonists. By the end of the war, France had either given or loaned 1.3 billion livres in cash and supplies to the United States.

However, not everyone wanted to support the revolutionaries out of a thirst for revenge or economic gain.  Young French nobles, such as the Marquis de Lafayette, fell in love with the idea of the United States. Lafayette joined the patriots because he wanted to help them. He sailed secretly from Portugal at his own expense and offered his services to the patriots without asking for compensation. His presence gave credibility to American Revolution back in France and encouraged others to join the fight. Due to his rank and enthusiasm for the revolution, the Continental Congress commissioned him a Major General and he went on to serve as an aide to General George Washington.  During this time Washington and Lafayette developed a father-son relationship and thought very highly of each other. After the fighting season in 1778 had slowed down for the winter, Lafayette requested to return to France on furlough. While in France, he actively sought to secure more support from the French government in the form of soldiers, supplies and money. Lafayette was truly the American Revolution’s biggest French supporter.

The United States would not be the great independent nation it is today without the support France gave us during our revolution. We are honored to remember the sacrifices of those involved in the French-American Alliance. The York County History Center is proud to be the repository for a wealth of archival information and a few artifacts that have been in the same room as the great Marquis de Lafayette.