Due to the rise of COVID Delta variant cases, we ask that all visitors please wear a face covering at all times while inside all History Center facilities including the Library & Archives and Colonial Complex due to close proximity.  Thank you!

The York County History Center provides unique experiences through multiple historic buildings and museums in Pennsylvania, as well as invaluable resources for research. Whether you are visiting one or all of our York, PA museums, we’re sure you’ll discover something new and exciting about the people and history of York County Pennsylvania.

The headquarters, Library and Archives and many of the History Center’s diverse exhibits are housed in a building that is itself an historic artifact. Constructed in 1921 as an automobile dealership, the main lobby retains its original showroom tile floor and the spacious two-story entrance hall. William Richley donated the building to the York County Historical Society after it had outgrown its prior home in 1955.

Learn about York County’s vast contributions to the progress of agriculture and industry. Housed in a former factory complex, the York, PA museum features two floors with over 20 exhibits highlighting 300 years of transportation, agriculture and the development of manufacturing and industry. Many of the exhibits feature hands-on experiences for visitors of all ages.

Step into a 1916 trolley car or sit in the seat of a 1940 train switcher engine in the Transportation Gallery. Explore the Local Industry Galleries to try your hand at using rotary phones operated by a 1930s switchboard. Discover what it’s like to milk a dairy cow in the Agricultural Gallery and check out the working 3-story grist mill during your visit. You will also be able to enjoy exhibits on pottery making, casket manufacturing, wallpaper creation, pianos and organs, as well as the York Plan, which was York’s industrial contribution to World War II. Before leaving, do not miss the Hall of Giants Gallery to see a 72-ton A-frame ammonia compressor used for producing ice in the early 1900s.

Open Tuesday through Saturday with Guided Tours at 11am, 1 pm and 3 pm

One of our most popular York, PA museums, the Colonial Complex encompasses four historic buildings located downtown. Your 45-60 minute guided tour will explore York County’s role during the American Revolutionary War and everyday life and culture during the 18th century.  Built in 1741, the Golden Plough Tavern served as a source of news and information for travelers and locals alike, and showcases daily colonial life.  The General Horatio Gates House (c. 1751) reflects an upper class English home of the late 18th century, highlighting the stay of American General Horatio Gates during the winter of 1777-1778. You will also visit the reconstructed Colonial Courthouse that highlights the story of the Second Continental Congress when they worked out of York during the winter of 1777-1778, and adopted the Articles of Confederation. The Barnett Bobb Log House, built in 1812 and relocated to the Colonial Complex, is currently used during programs for artisan demonstrations and hands-on activities.

Originally built in 1840, this three-story dwelling was purchased by artist and prominent Yorker, Horace Bonham. Visitors to the Bonham House will learn about the Bonham family and the evolution of the structure that reflects the changes in society between the 1870s and 1960s. While Horace trained as a lawyer, he spent most of his life as a painter of portraits, landscapes, and genre scenes. Several of his works are displayed in the house.

Located in the historic 1903 Royal Fire House. The museum allows visitors to see how York Firefighters worked, lived, and played. The building holds more than 225 years of firefighting equipment representative of the 72 fire companies of York County. Exhibits and objects on display include six fire trucks ranging from the 1920s to the 1950s, hand-drawn pumpers, uniforms, and historic alarm systems.

Our Artists Our Stories

York County has produced many artists from the internationally famous to the lesser known “local” artists. Their works and personal connections to place provide a powerful window into York County’s past and present.

Our Artists Our Stories features art pieces from the York County History Center’s collection either not previously or recently exhibited. The exhibit features works from various periods and genres, and includes formally trained to self-taught artists. The current rotation features the work of local cartoonist and watercolor artist, Walt Partymiller, who worked for York’s Gazette and Daily newspaper from the 1940s-1970s. The exhibit was co-curated by local artist, Brett Greiman, and Director of Collections, Rachel Warner. It explores how Partymiller used his “visual voice” to make commentary on the social, economic, and political issues of his time.

Our Artists Our Stories is located on the Mezzanine of the Historical Society Museum. The exhibit and related programming is supported by the Cultural Alliance of York County. 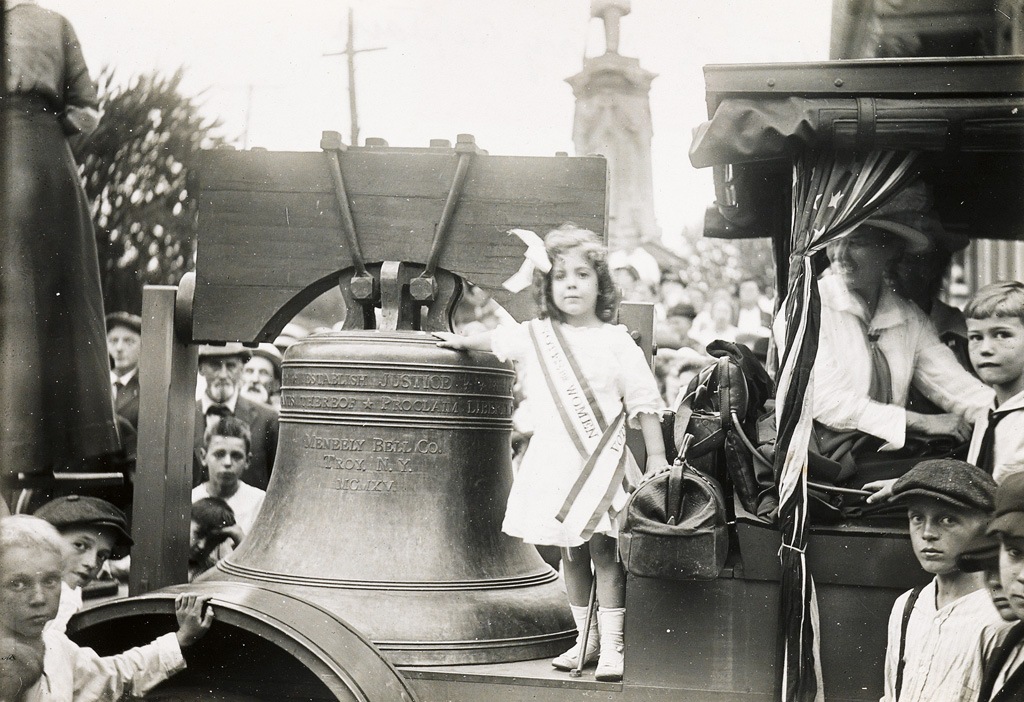 Join us at our Historical Society Museum to view our exhibit “What Does Justice Mean to You?: The Story of the Justice Bell and York County’s Role in the Women’s Suffrage Movement” on the Mezzanine. We’ll examine York’s role in the campaign for a state level women’s suffrage, the story and travels of the Justice Bell, and feature artifacts and archival materials from the local campaign and campaign leader, Anna Dill Gamble.

On October 10, 2020, we also hosted a webinar with Amanda Owen, CEO of the Justice Bell Foundation, as part of our Second Saturday Lecture Series. You can watch a recording of this webinar by clicking HERE. Ms. Owen alongside History Center Librarian Emerita, June Burk Lloyd, talk about the history of the Justice Bell, it’s role in the Women’s Suffrage Movement, and the creation of the replica bell.