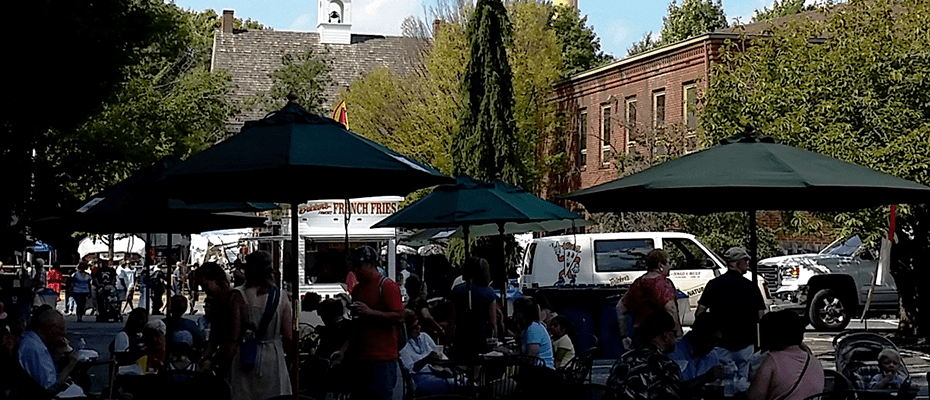 About The York County History Center

The York County History Center inspires the exploration of the history, people, and culture of our county, state and nation. As a non-profit organization it utilizes collections, historic sites and museums to help tell the American story. The History Center’s collection encompasses more than 90,000 artifacts highlighting nearly 300 years of York’s impressive history. These artifacts document the development, culture, and contributions of the York County community.

One of the ways that the History Center fulfills its mission is by telling the remarkable stories of York County’s different ethnic and socio-economic groups, businesses, inventions, and historic events. These stories are interpreted through creative and sometimes interactive displays of artifacts from the History Center’s diverse collection. Visitors are encouraged to visit all five of our impressive museums in order to gain a full appreciation for all of York County’s history.

The roots of the York County History Center can be traced to 1895 when a group of interested citizens formed the Historical Society of York County (HSYC). The HSYC began to collect, preserve and interpret the history and culture of York County. The Society’s original focus was the development of a library to serve as a repository for the County’s genealogical resource material. By the early 1900s a growing collection of artifacts led to the opening of a museum in the county courthouse. The historical society outgrew its space by 1938 and moved two blocks east. In 1959 the Historical Society Museum and Library/Archives relocated once more to the present location at 250 East Market Street in Downtown York.

In the 1960s the HSYC acquired the Golden Plough Tavern, the General Gates House, and the Barnett Bobb Log House. The Bonham House became part of HSYC in 1968. Each of these historic sites is furnished and interpreted to its period, providing multiple windows into York County’s past.

The history of the Agricultural and Industrial Museum (AIM) also began with a group of concerned citizens desiring to collect, preserve and interpret York County’s history. Their focus was directed toward the agricultural and industrial heritage of the county.

A merger in 1999 of the Historical Society of York County and the Agricultural and Industrial Museum created the York County Heritage Trust (YCHT). The Fire Museum of York County joined the YCHT in 2000, bringing its collection of more than two centuries of firefighting history. In 2001 the York Murals, an assortment of 18 large-scale outdoor murals and numerous mini-murals illustrating York County’s history, also merged into the YCHT. The following year the York County Bicentennial Commission brought its Colonial Court House into the YCHT. It became a part of the YCHT Colonial Complex.

In 2009 the York County Heritage Trust celebrated its 10th anniversary while continuing to serve as a pillar within the community by providing cultural enrichment, pride in heritage and preservation of that heritage for future generations.