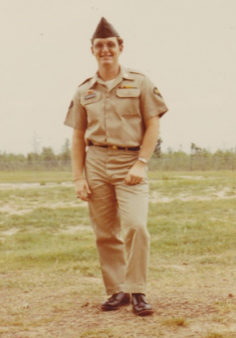 The York County History Center partners with other local organizations to host and participate in unique and informative educational activities for adults.

The York County Writers’ Roundtable networks writers and researchers of York County and regional history. The group meets on the first Thursday of every quarter at 7:00 p.m. at the Historical Society Museum, Library & Archives a 250 E. Market St.  This event is free and open to the public.  Hope to see you there!

South Central Pennsylvania Genealogical Society, Inc. (SCPGS) is an all-volunteer, non-profit organization of genealogists. As genealogists, they study ancestry and family history, and are interested in preserving family heritage for future generations. Their primary geographic area of interest and coverage is Pennsylvania’s York and Adams Counties. Their purpose is to encourage and promote an interest in genealogy by collecting and preserving materials related to genealogy, encouraging the compilation and publication of family genealogies and histories, publishing materials of interest and benefit to members, holding meetings for the education of members and the public, and offering financial and volunteer support to the library at the York County History Center.

Monthly meetings are held in the Meeting Hall of the York County History Center, at 250 East Market Street, York, Pennsylvania unless otherwise noted. Meetings held in-person and virtually on Zoom/Facebook Live will begin at 2:30.

February 6, 2022 – History of Celtic languages and their expressions in Pennsylvania – Chip Kauffman

The York Civil War Round Table (YCWRT) is a non-profit organization that seeks to promote, interpret, preserve, and protect the Civil War heritage of York County, Pennsylvania, through the education and exchange of information with its members and the general public. Membership is free and open to anyone interested in learning more about the American Civil War.

Founded as the White Rose Civil War Round Table, the York CWRT holds monthly meetings the third Wednesday of every month except December at 7:00 p.m. in the Meeting Hall of the York County History Center’s Historical Society Museum at 250 East Market Street in York, Pennsylvania. Each meeting features a guest speaker talking about a Civil War topic of local or national interest. Meetings are FREE and open to the public.

ALLVETS is a non-profit organization, founded in 2015 by the late Jim Bean, a Vietnam veteran, to collect the stories of local veterans. Each month a different veteran from any branch of the military who served in any capacity shares his or her story about their service to our country.

The ALLVETS meets the fourth Wednesday of each month at 7:00pm at the Historical Society Museum, 250 E. Market St., York. Occasionally, special round tables are held on Saturdays. Due to the holiday schedule, no programs are held in November or December. Meetings are FREE and open to the public. For more information, please visit ALLVETS.US or e-mail ALLVETS1York@gmail.com.

April 27th 2022 – Bob Glatfelter, Air Force, who served in the Avionics Communications repair area in Okinawa, Japan in the closing days of the Vietnam War.

June 22 2022  – Jeff Hawks Director of Education & the Veterans Outreach program in Carlisle.  Served as an Army Infantryman In Desert Storm. He will speak about Soldier’s experiences.

August 24th 2022 – 7th Anniversary – Bill Rosevear will speak about serving as an Artillery forward observer for A Company 1-77th Armor in Vietnam.

October 26th 2022 – Bart Bartholomew who served in the Air Force 1968-1989.  He served in Vietnam & served as the Alert Facility Intelligence Officer at McCoy AFB.