Due to the rise of COVID Delta variant cases, we are asking all visitors to do their part to keep each other safe by wearing a face covering while inside all of our facilities. If you forget your mask, our staff will be happy to supply you with one. 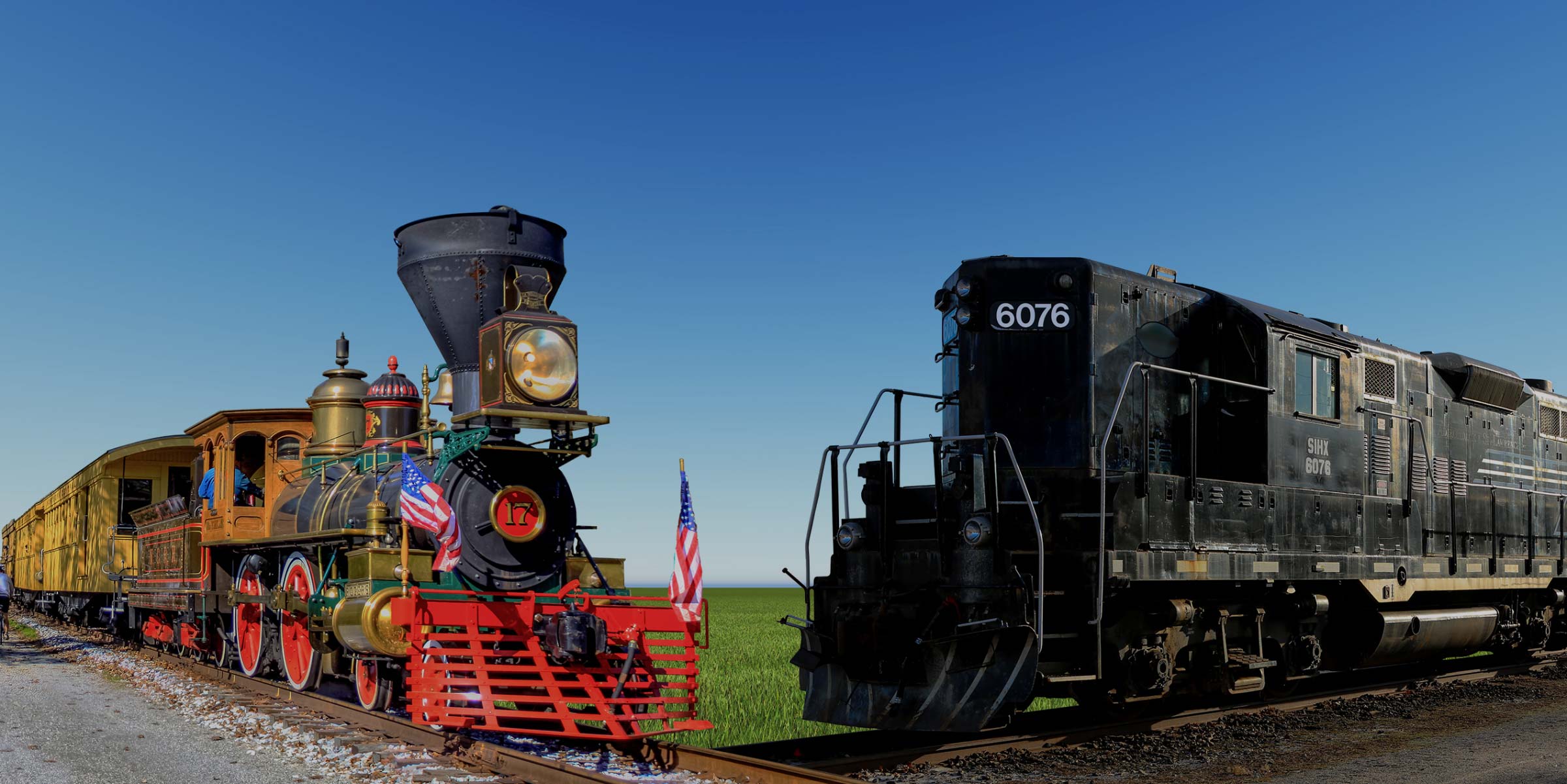 Mark your calendar for a week of programs on historic railroads—the trains, the station buildings, technology, people, economic impact—brought to you by the History Consortium, a working group of regional historical societies including Cumberland, York, Franklin, Adams, and Carroll Counties.

Each evening at 7:00 pm (Eastern Standard Time) throughout Historic Railroad Week you will be able to enjoy a different aspect of railroad history.

Monday, November 8: Workers of the Rails

While most people think of the railroads as the physical objects – train cars and tracks – the workers behind the railroads were an integral, yet often overlooked, aspect of the industry. This presentation by Jim Leonard of Historical Society of East Pennsboro will focus on the workers in the rail industry in Cumberland County.

How the railroad influenced the lives of York’s African American community – from William Wood, one of Lebanon’s residents and a noted machinist for Phineas Davis, who actually built the York steam engine, the first of its kind, to the many jobs the railroad created (laborers, Pullman Porters, etc.) and the many families that migrated from the south and settled in York as part of the Great Migrations.

During the heyday of the iron furnaces, the horse drawn wagons were the vital tool for transporting the finished product to a railroad depot for shipment. However, if you were fortunate enough to have a railroad depot close by, you were ahead of the game. In Franklin County, there were a few iron furnaces that were quite prosperous due to proximity of the rail line.

With changes in rail service throughout the country, many train stations were abandoned. Others found new lives as storefront businesses, apartments, or museums. Some cities used their train stations to open shopping malls, restaurants, and theaters. View the success stories of the survivors, from the Lincoln Train Station in Gettysburg, PA to the majestic Union Station in Washington, DC and Union Depot in St. Paul, MN.

It was on June 15, 1861, that the blast of a train whistle was first heard in Westminster as the Western Maryland Railroad arrived in town. This presentation explores the development and history of the line, its impact on Carroll County and the state of Maryland, and its place in the era of America’s railroad expansion.